Earlier this year, I signed up as an artist for

teenwolf_bb! When claims time came, I was able to claim a fantastic coffee shop/lawyer AU. It's called Life Measured in Coffee Spoons, and it was written by

sablize. It was great fun to read, and I'm honoured that she let me explore her little AU world and use it as inspiration for some graphics.

Below is the banner and the poster that I came up with. Enjoy!

kissoffools. All my fanfic from 2004 - 2011 is archived here for your reading pleasure, with a sprinkling of graphics along the way. Feel free to browse through my tags list to find anything that may interest you.

However, any fic from 2011 to present is currently hosted over on my AO3 page. No new fics will be posted here in this journal. However, graphics may still appear from time to time.

If you'd like to reach me, private messages and comments will still wind up in my inbox, so don't be shy!

Thank you so much to everyone who's read and enjoyed my work. Looking forward to seeing you over at AO3! 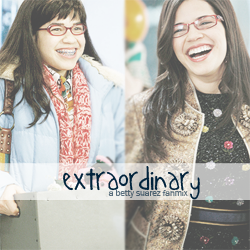 Fanmix for round two at 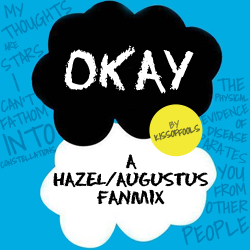 Okay: A Hazel/Augustus Fanmix
Inspired by "The Fault In Our Stars" by John Green

I wanted to explore the relationship between Hazel Lancaster and Augustus Waters as it's laid out in the novel - their beginning and their end and everything in between. The fanmix contains no direct spoilers for "The Fault In Our Stars", but many of the lyrics and song selections hint at events and emotions from within the book. They are, in general, plot spoilers you can learn just from the book's synopsis. However, the comments section may not be spoiler-free. If you haven't yet read TFioS and are hoping to stay completely unspoiled, let this serve as your warning.

Fanmix for round one at

Well, it looks like another year has come and gone! I've had this fic journal for almost three and a half years, and have been writing fic for six, easy. Crazy stuff, my friends. Crazy stuff.

Recently, with the changes to Livejournal's default comment pages, I've been debating what to do about this journal. Do I soldier on and continue to post fic here? Or do I suck it up and move everything over to Archive Of Our Own? I used AO3 for the first time for Yuletide this year, and I quite like the posting/commenting system over there, and the layout is clean. Four of my fics are over there now, and while I've linked them here on LJ, I won't be posting full versions here. They're going to stay on AO3, and I like having them there. I like AO3. I'm just not sure it's worth moving everything - and I don't think you can move over comments. And the selfish part of me doesn't want to post older fics there, because without the comments or a hit count, it'll look like no one has bothered to read my stuff in the first place. :P So, I haven't made up my mind yet. Thoughts?

But anyway, in the meantime! I did a Fic Year In Review meme last year, and really liked the way it laid out all my work and word counts. It's a nice way to get an overview of how much I write in the course of a year, so I've decided to do it again!

And I think that's it from me for 2011! Thank you to everyone who prompted, read, commented, and rec'd my fics over the past year. I know I'm definitely not the most popular, prolific, or frequent fic author out there, but I so appreciate that people take the time to read the stuff I do end up posting. ♥

2011 was my first year participating in Yuletide! I had a fantastic time, both on the writing and the receiving end of things.

I talked more about this in my personal journal, but I received two fics for Yuletide: For Kathy by

alpheratz, a "Never Let Me Go" fic, and First Try by

dizmo, a "Captain America" fic. Both fics are wonderful and completely touched on everything I love about the canon and my favourite characters. I'm immensely grateful to these authors for going out of their way to write such wonderful things for me - thank you again so much! ♥ If either "Never Let Me Go" or "Captain America" are your thing, you definitely should check these fics out. They're worth your time.

Now then! On to the writing side of things. :D

Now that all the stories have been posted and the authors have been revealed, it looks like it's okay for me to link - and talk about - the fics I wrote. I wrote four things - my assignment and three treats - for Yuletide this year. The fandoms are Asuncion RPF, Everwood, Community RPF, and Ghostwriter. And I had a great time writing all of them, so in addition to linking you all to them, I'd like to talk a bit about writing them, if you'll so indulge me! :)

At the end of the day, I'm really glad I participated in Yuletide. My personal experience with the challenge was great - I honestly couldn't have asked for a better first year. I received two fantastic stories and got to dabble in four fandoms I like otherwise wouldn't have tried. And as a way to end 2011, I think that's pretty awesome.

kissoffools
Pairing: Jesse Eisenberg/Andrew Garfield
Rating: PG-13 (for language)
Summary: Jesse spends the holidays in New Jersey, Andrew spends them in Surrey, and Jesse thinks it's fine, totally fine... until Hallie calls him out on his bullshit. And then? It's New Year's Eve, and it's a race against the clock.
Disclaimer: These are versions of real people that exist only in my head. Move along.
Notes: Written as a gift for

tsnsecretsanta. Word Count: 3,609. She said she likes fluffy Andrew/Jesse, and that's... essentially what this is, haha. Enjoy! Thanks to

novelized, who always puts up with my spur-of-the-moment panics that everything I write is rubbish.

Title: Hepburn Had It Easy
Author:

kissoffools
Pairing: Mark/Eduardo
Rating: R
Summary: Meet Eduardo Saverin: economics major, all-around nice guy, and one of the newest pledges to the prestigious Porcellian Final Club. Meet Mark Zuckerberg: computer programmer extraordinaire, Jewish, and easily one of the least likely candidates to be asked to join a Final Club - any Final Club. And, as luck would have it, it's Mark's abysmal social skills that are going to grant Eduardo a one-way ticket to a red Porc blazer. That is, if he can perform a little magic. A "My Fair Lady" AU for the Facebook world.
Disclaimer: Solely based on the fictional characters from David Fincher's The Social Network. Has nothing to do with their real-life counteparts! Moving along!
Notes: Written for

hapakitsune, who gave me this idea in the first place! And even bigger thanks go to my lovely beta

astro_frog5 - without her, this fic definitely would not have happened. Love to everyone!

hapakitsune! It so works with the story, and I'm so excited about it. Thank you, Alex! ♥